The Association was founded on April 11, 2002 as ‘The Mars Club’ by a group of 19 Founding members, amongst them Nobel Laureate Baruch Blumberg, who gathered in the Saint Stephen’s Green Pub in Mountain View, California. At that meeting the Founding Declaration was adopted. The Founders declared the Mars Club as a forum for expeditioners and explorers interested in exploring the frontiers of Mars, including the deserts, mountains, poles and caves. It also included within its remit those who have explored Mars analog environments, which could include analog environments on the moon. 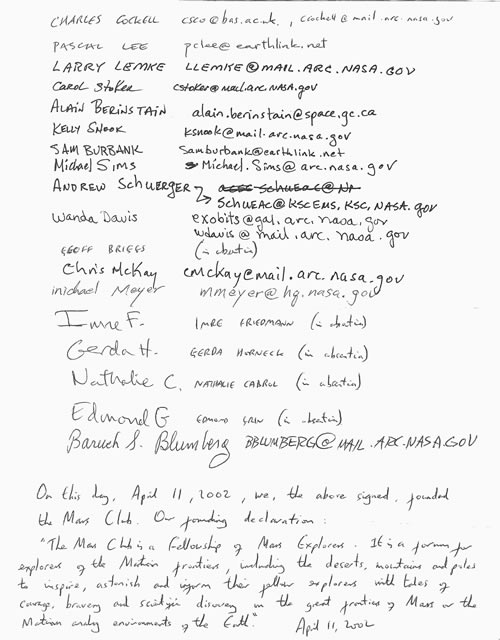